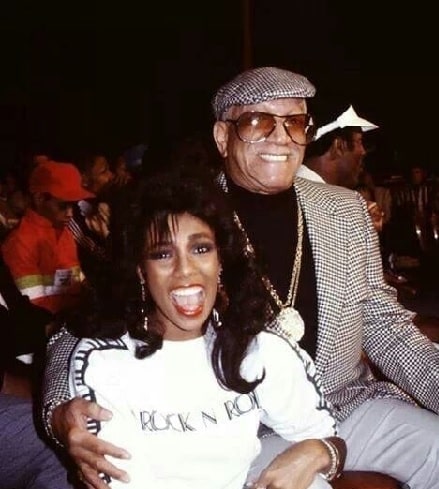 Debraca Denise is a celebrity kid who came to the limelight due to her stepfather, Redd Foxx. Also, she has appeared in movies like Sanford and Son, Sanford, and Unsung Hollywood. However, she is no longer active in the entertainment industry.

She came into this world in 1947. Debraca is the daughter of Betty Jean Harris and her ex-husband. However, ever since her parent’s divorce, she began living with her mother. That is until Betty married the popular comedian Redd Foxx in 1956.

Despite being a stepdaughter, Redd was kind enough to father Debraca. Ever since tying the knot with her mother, Redd has adopted her and loved her like her own child. Moreover, Debraca is the only daughter of Redd Foxx from his past relationship.

Talking about Debraca, she is currently living a low-key life. There were rumors that she was in a relationship with the brother of Michael Jackson, Jackie Jackson.

The rumor proved to be true when the duo was seen in an intimate position playing pool together during the early 1970s.

Even though their relationship was thought to be over, reliable sources claimed that they were still in love and wanted to tie the knot. Nevertheless, things did not go as planned as Jackie married his then-wife, Enid Adren.

Debraca Denise is Now married to her husband, Ralph Russell.

As for Debraca, she is married to her husband, Ralph Russell, who is a Los Angeles businessman. The couple tied the knot in June 1975.

Likewise, their marriage was one to remember for ages as the wedding ceremony took place at the Grand Ballroom of the Beverly Wilshire Hotel. 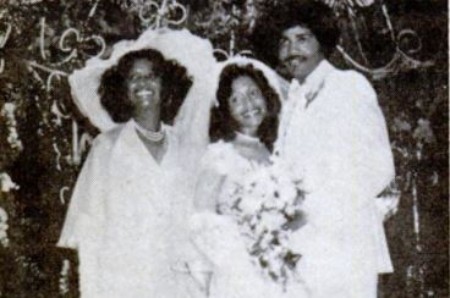 The event had lavish arrangements that cost them around $40,000. Regardless, Debraca wanted to make sure that the best day of her life had nothing missing.

Almost 450 guests attended the wedding, where the bride wore a white chiffon gown, and the groom had dapper in his wedding attire.

However, Debra’s stepfather, Redd Foxx, was missing from the wedding. Reports claim that the reason for his absence was due to her parents’ arising conflicts.

Controversies did not end there as Debraca also had to feud with Redd’s new wife, Kaho Cho. After Redd’s death, Kaho, the fourth wife of Foxx, filed a case against Debraca, accusing her of mishandling Redd’s money. At the time, Debraca was the administrator for her step-father’s estate but was later removed in 2006

Debraca’s parents were both divorcees. They each struggled to cope with their previous relationships. However, fate brought these struggling lovers together one day at a nightclub.

The two met each other for the first time there, where Debraca’s mother, Betty, was a dancer and singer singing alongside her sisters.

It was Betty who first gazed her eyes upon the dashing comedian, Redd Foxx. Just like Redd’s fans, Betty was also a huge admirer of him.

Though she tried her best to meet him by following him backstage, he would never pay any attention to her. However, they soon began their conversations and commenced their relationship.

Both Betty and Redd were single at that time. Hence, after months of dating, they decided to tie the knot on the 5th of July 1956.

But before their marriage, Redd had put forward a condition. Betty had to quit her job at the nightclub and become a full-time housewife, to which Betty agreed.

She also had to look after Redd’s enterprises, such as finances, record stores, and several other business ventures. However, the former wife of Redd Foxx claims that the couple had trouble adjusting with one another during the first year of their marriage. However, it was a smooth sailing ever since then. 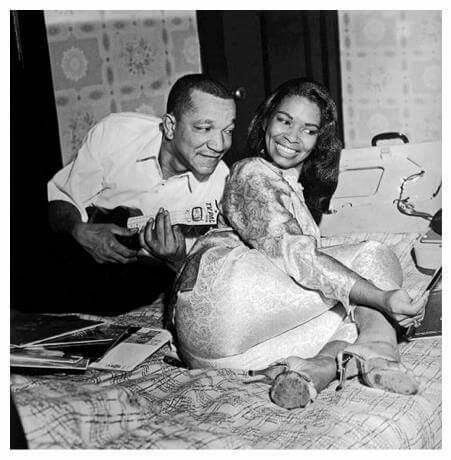 The renowned comedian Redd Foxx with his gorgeous wife, Betty

Things do not take long to come to an end as Debraca Denise’s parent’s marriage came to a shocking end in 1975. This was truly unbelievable news for everyone, including the fans who thought that their star man had finally settled in with someone for good.

A relationship that was once considered as a model couple ended after the couple closed their 18 years long marriage.

The reason for their divorce remains ambiguous. Some reports claim that it was due to Redd’s infidelity, whereas others assert that it was the pair’s irreconcilable differences.