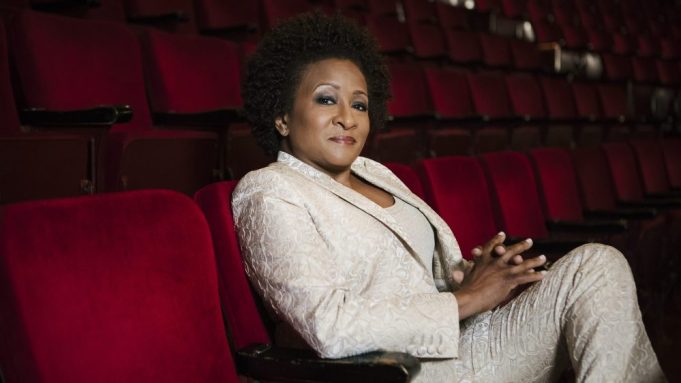 Wanda Sykes is a prominent tv star and one of the accomplished women in her career. Initially known as a hilarious stand-up comedian, Wanda made her way into becoming one of the prominent comedians in the tv. Though known for her outstanding career, Wanda also gained attention due to her unorthodox personality. Read to know Wanda Sykes net worth.

When it comes to being bold and audacious, Wanda Sykes does not back down. In fact, she will fight for her rights till the end. She demonstrated this when she fought against the law that banned same-sex marriage. Wanda is one of the few celebrities who outright opened up her sexuality and married a fellow woman when she was not supposed to.

Sykes was born on the 7th of March 1964 in Portsmouth, Virginia. However, she grew up with her parents and brother in Anne Arundel County, Maryland. Born to her father who was a colonel in the U.S. Army, and her journalist mother, Sykes was always opinionated and unrestrained even as a child. However, her parents were conservative.

After graduating from Arundel High School in 1982, Wanda attended Hampton University to earn a bachelors’ degree in marketing in 1986. Fresh out of college, she began working as a contract specialist for the National Security Agency due to her colonel father’s network.

But what got her into doing comedy was when a local radio station staged a talent show in 1987, with comedy as one of the categories.

Sykes entered the show armed with a few jokes that she had written while sitting at her desk. Though she did not win, Wanda received plenty of feedback that motivated her to excel in doing what she loves.

Today, the whole world knows Wanda as a successful comedian as well as a fearless woman who is worth millions.

Over the years, Wanda has garnered thousands of fans by winning their hearts with her talent in comedy. Similarly, her activist role has helped her gain even more admirers who all wish to know how much Wanda makes.

Hence, according to numerous reliable sources, Wanda has a staggering net worth of $10 million as of 2021. Such huge figures of her income can be backed up by her illustrious career.

Her contribution to entertainment has mostly helped her garner a big fortune. Throughout her career, she became a prolific writer and comedian, and also was able to land a role for herself in various movies that all paid her hefty salaries.

Soon after quitting her job at National Security Agency, Wanda began performing in front of the audience as a comedian.

Her first major income as a comedian came when she made her debut in the television show, Def Comedy Jam. From then on, she joined the writing group of one of the famous late-night talk shows, The Chris Rock Show.

Ever since then, Wanda became a busy woman. She began hosting numerous prominent shows such as HBO‘s Inside the NFL and Comedy Central’s popular show Premium Blend. Just like that, she made her appearances on numerous tv shows and networks, where she not only impressed the fans but also bagged in thousands of dollars.

Finally, she hosted her own show called  The Wanda Sykes Show on the FOX network. Moreover, she even had her own comedy specials in HBO named Wanda Sykes: I’ma Be Me. Most recently, she began working as a head writer for the tenth season of Roseanne.

Not only tv shows, but Wanda has also acted in movies such as Evan Almighty, Pootie Tang, Bad Moms, and most recently, Breaking News in Yuba County.

Hence, through her multiple sources of income as a tv personality, writer, comedian, and actress, Wanda has been able to achieve such a huge fortune.