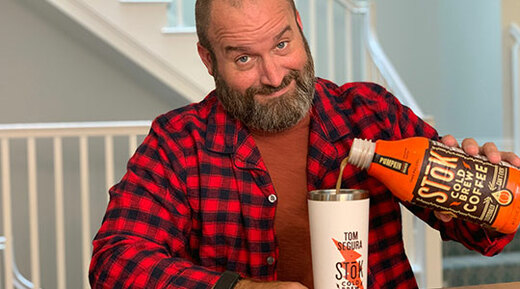 Tom Segura is a 41-year-old American Podcast host, stand-up comedian, screenwriter, and TV producer. He is famous for being the co-host of the ‘Your Mom’s House’ podcast.

The content of this show made it to the list of the highest downloaded clips on YouTube. Tom also co-hosts the ‘2 Bears 1 Cave’, another comedy podcast.

Having been active in his career since 2007, appearing on various reality television shows, podcasting, and production, and doing stand-up comedy, one is curious how much wealth Tom has accrued.

To reveal that among other facts about him is the objective of this article.

He achieved this good amount through the hard work he has put into his career since the year 2007.

Over the years, he has earned good salaries from stand-up comedy, taking acting roles in films, such as ‘Instant Family,’ appearing on TV shows, and hosting podcasts.

About his property, he sold his house in Woodland Hills to an NFL player, Cassius Marsh, for $1.875 million after listing the property for $2 million.

The family then moved to Pacific Palisades, near LA, California, in a house of an unknown amount.

Tom produces and sells various customized products on his website. These include bike socks that go for $25, which are currently sold out.

He also sells T-shirts with various labels on them, for example, bikes and his signature face. The T-shirts go for between $30 to $35; you can grab one or two when stocks last.

Also, it displays koozie with an eye-catching statement. The ‘problem koozie’ goes for $15 and is, of course, not to be sold for the underage.

And lastly, he also displays his DVD records and his al time Netflix special: ‘Disgraceful‘ in Vinyl LP format. His website is a busy market.

Tom was born Thomas Segura Jr on April 16, 1979, in Cincinnati, Ohio. His mother’s name is Onania Segura, Peruvian origin, and his father, Thomas Segura Sr., an American citizen with a mixture of Spanish, Cajun, French and Canadian ancestry. 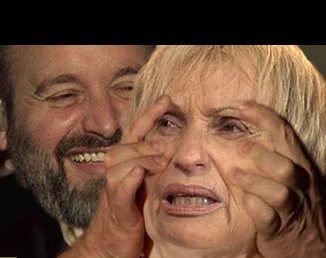 He grew up alongside two of his siblings. There is not much information about his parent’s financial status, but he attained a college education, meaning they were financially stable.

When he was 18 years, Tom overdosed on a psychoactive drug that placed him in a short coma. His parents took swift measures that saved his life.

Married to wife, and their children.

In the year 2008, Tom got married to his lover and friend, Christina Pazsitzky. The details of how they met and their wedding are, however, unknown. 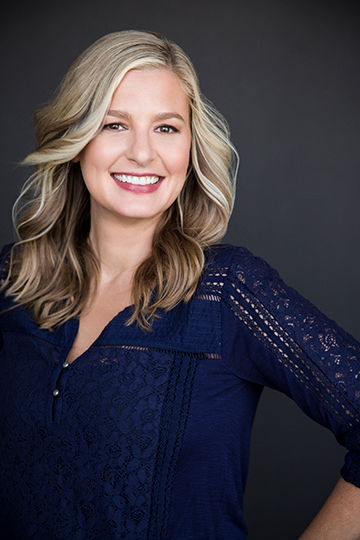 What is known is Christina, who is also a comedian, brought more blessings to Tom’s life by bearing him two children.

The two formed a podcast show, ‘Your Mom’s House,’ which they are the host to make it even better. Twelve years later, the union is still strong. There are no rumors of infidelity or looming divorce.

Tom resolved to shed off some weight in the quest to attain a little bit of physical fitness. After considering several options available, he chose to use the ‘Trim Fast Keto,’ also known as ‘no exercise skinny pills.’

These pills melt out fat, and one can lose up to 20kgs in three months. This therapy also monitors appetite, prevents the increased formation of fat in the body, and improves one’s wellbeing.

Segura did not reveal how much weight he lost, but he became fitter in shape by observing and comparing his before and after photos.

Late December 2020, Tom posted on his Instagram page photos of his fractured leg bone and arm. In the caption, he revealed how he got injured; dunking.

This came as they were playing basketball with his fellas. The injury was so severe that an ambulance had to be called, surgery done, and he was under the doctor’s watch.

He later posted a video of how it went down. The fans not only send words of consolation from the fans; they also went ahead to create memes out of the photo of his fall.

Memes bring out the fun side of every situation, no matter how serious the case is. In this situation, it did its best. Check out Tom’s Instagram timeline to see more.