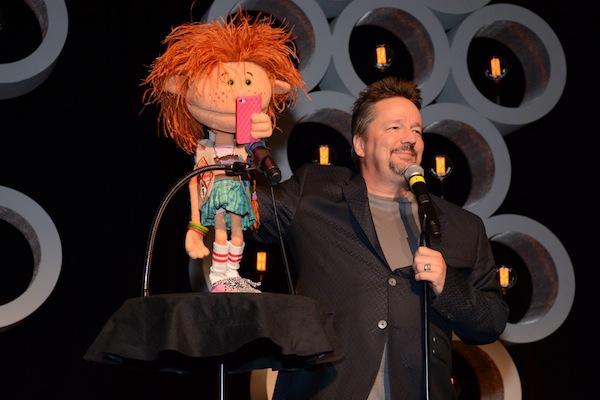 Terry Fator is a 55-year-old American impressionist, stand-up comedian, ventriloquist, and singer. He is famous for being the winner of the second season of ‘America’s Got Talent back in 2007. Know Terry Fator’s net worth, meet his wife Angie Fiore and his former spouse.

It was a victory that came with a $1 million cash prize. Fator is a master when it comes to ventriloquism.

To date, he has created 16 different puppets, basing his work off famous characters like Justin Bieber and Donald Trump. Most critics agree that his impersonations are spot on.

Who is Terry Fator?

Terry Fator is a performer from Dallas, Texas. He unearthed a knack for ventriloquism at an early age, nurturing his skills as the years progressed. One of the most notable turning points in his career came when he won the AGT award in 2007.

His impressive performance earned him money and opened doors for more opportunities in the entertainment industry.

Back in 2008, Terry was hired by the Mirage hotel and casino. Remarkably, he signed a staggering $100 million contract.

Fator had to move to Las Vegas, Nevada, to sign the five-year contract. Headlining the casino fetched him around $18.5 million between 2017 and 2018. It catapulted him into the list of the ten highest-paid comedians on the planet.

Terry met his current wife in April 2015 in Corsicana. At the time, Terry was performing at a charity event. Their first meeting was not a coincidence but a well-planned and flawlessly executed set up by Terry’s sister, Debi Beard. 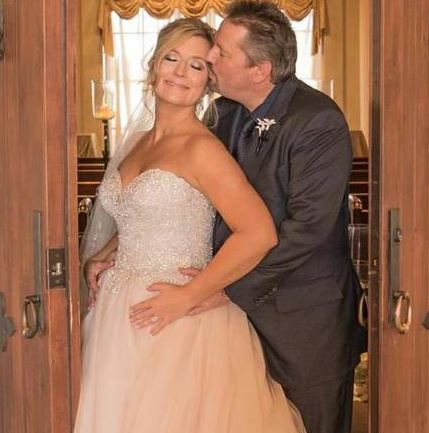 She hired Angie to work as a caterer during the event, but the main objective was to meet his brother. Debi had to come through for her brother, especially after his last two marriages ended in divorce. What are sisters for anyway?

Remarkably, Terry proposed to Angie while performing on stage a few months later. He composed a special song for the occasion. By November 2015, Terry and Angie had become husband and wife.

Terry and wife Angie Fiore have enjoyed a happy life for the past five years, and to date, there are no rumors of infidelity or divorce looming.

He was married twice before.

In the late ’80s through to 2001, Terry was the lead singer for ‘Texas the Band.’ Melinda, one of the female fans of the band, eventually got Terry’s attention. The two fell in love and got married on January 8, 1991.

Terry Fator with his ex-wife, Melinda.

Come January 2009; the 18-year-old union came to a halt. By February 2009, the two had filed for a divorce. Remarkably, Terry would walk down the aisle slightly over a year later.

In November 7, 2010, in Hawaii, Terry married his second wife, Taylor Makakoa. She had worked as his stage assistant in Las Vegas. However, in 2014, their four-year marriage ended in a sudden divorce. 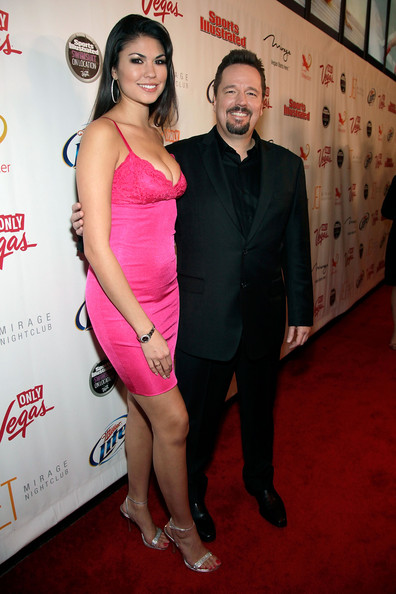 Terry Wayne Factor was born on June 10, 1965, in Dallas, Texas. He grew alongside his two siblings, an elder brother, Jephthah Jr, and a younger sister, Debra. At the age of ten, he acquired his ventriloquism dummy and started practicing this art.

When he was 18, his mother gifted him with his first puppet, which she bought after saving for three years. Terry held this close to his heart and would practice everywhere, including while driving.

Everyone would think he was nuts, so he sang with his mouth closed. The output for this dedication is written all over the wall today.

He started this particular business venture after acquiring ‘Willie Talk dummy.’ Terry made $25 from a church picnic event a few weeks later.

We also cannot forget that he made $1 million after winning America’s Got Talent. Terry continues to accumulate vast amounts of wealth, performing Monday through Thursday each year and appearing in more than twenty weekend shows for the last eight years in Vegas.

Since 2009, he said to have performed 1500 times in the hotel, entertaining more than 1.5 million guests. And this hard work has dearly paid off.

However, knowledge about his properties like houses and cars is not public, but the fact is, he is living a luxurious life.

As of January 2021, Terry Fator’s net worth is $160 million. A quick search revealed that Terry started making money when he was in the fifth grade.