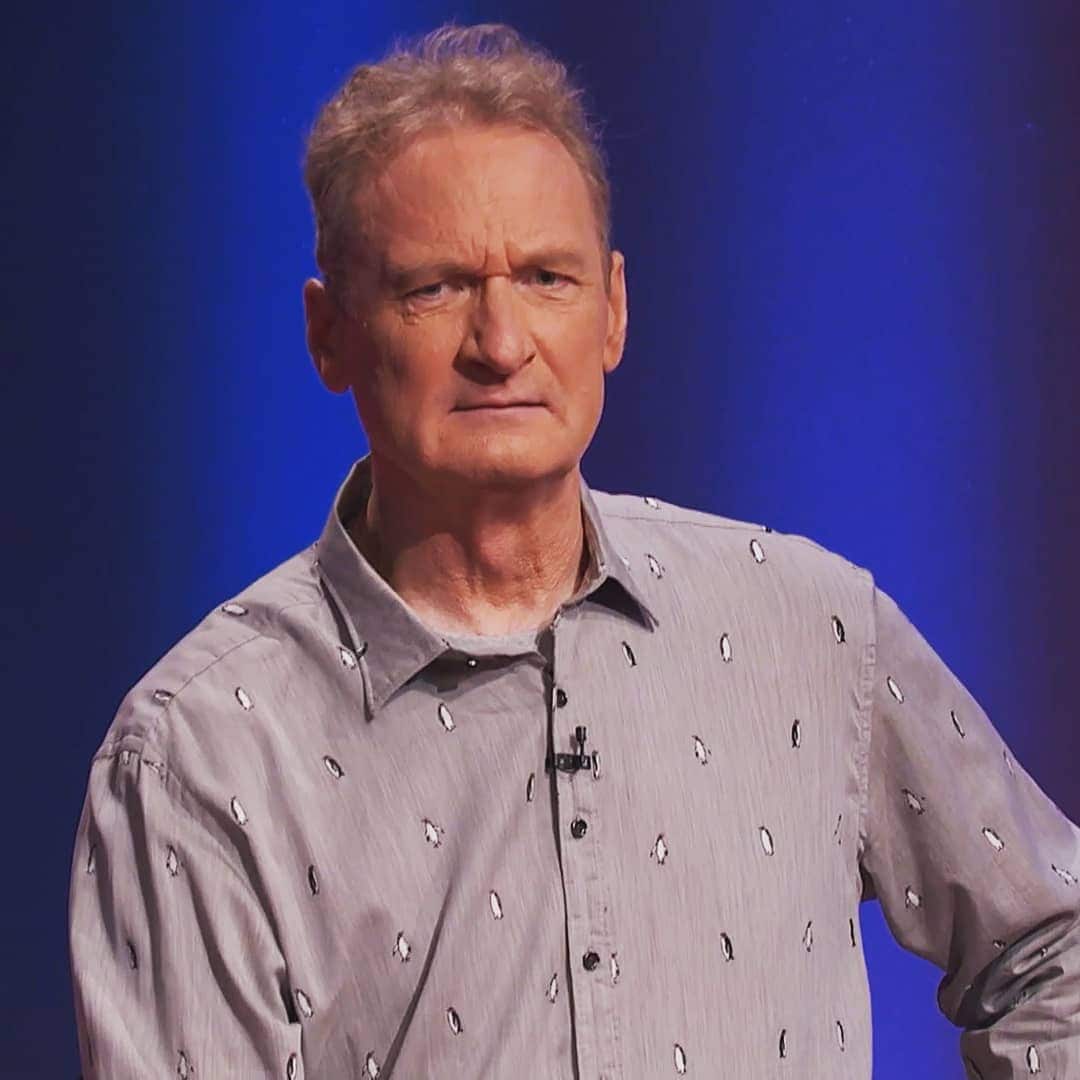 Comedians are one of the beloved individuals in the world. Everyone loves a man who can make them laugh out of their seats. While talking about some of the best comedians, Ryan Stiles is a name that always comes up.

One of the finest improvisational comedians, Ryan Stiles, is a Canadian actor, comedian, and producer famous for his appearances on numerous shows such as the American and British versions of Whose Line Is It Anyway? and the role of Lewis Kiniski on The Drew Carey Show. Stiles also played Herb Melnick on the CBS comedy Two and a Half Men.

As much loud as Ryan is when it comes to doing comedy, he is equally silent while talking about his married life with his wife, Patricia McDonald. The same can be said about his wife as well.

Patricia rose to the limelight due to being the wife of the famous comedian Ryan Stiles. While some work their lifetime to be recognized, others need to marry a famous person.

However, despite being the wife of such a globally famous icon, Patricia prefers to live a low-key life away from the media. Moreover, there is not much detailed information about her life.

Regardless, there is no doubt that Ryan and Patricia love one another all the way up to the moon. Also, as proof of their love, they have three children.

They have two daughters named Mackenzie and Claire and a son named Sam. All three children are often seen in their father’s social media posts, but they rarely make any presence in public.

Though there is not much information about the lovely wife of Ryan, there is certain information available regarding the initial days of the couple’s relationship. Ryan and Patricia’s relationship dates way back to the early 80s. It is known that the pair have been together basically forever.

According to numerous sources, it is reported that back in the 1980s, Ryan met Patricia at a club called Punchlines.

As usual, Ryan was doing his standup there, and Patricia was working as a waitress. It was as if the pair were destined to meet there.

Since then, Ryan and his wife Patricia McDonald have had conversations with one another and became good friends. Likewise, their friendship turned into a beautiful relationship. Finally, it turned into an even better marriage that has lasted for decades.

Though the couple knows each other for a long time, they tied the knot only after living together for 7 years. Ryan and Patricia married in 1988.

Even after marriage, the pair’s love for one another remains as strong as it was the day they married. Credits have to be given to Ryan for being faithful in his marriage despite being such a famous and rich tv star.

Every comedy fan who loves improv comedy most certainly knows Ryan Stiles. He is one of the biggest names in the business who has won the hearts of thousands of people. Being such a celebrated man, there is no doubt that he has a massive fortune.

Hence, according to numerous reports, Stiles has a staggering net worth of $8 million as of 2021. Undoubtedly, his primary source of income is his illustrious career as an actor and comedian.

Initially, he began making a couple of bucks by performing on stage as a standup comedian. Gaining popularity and winning the hearts of many, he found himself working in prominent tv shows such as Whose Line Is It Anyway? and The Drew Carey Show.

Not only that but in later stages of his career, he even went on to work as the producer for  The CW‘s revival of Whose Line Is It Anyway? in the summer of 2013. Ryan has various sources of income which helped to add up to his net worth.

He has appeared on comedy shows such as Two and a Half Men, Young Sheldon, Reno 911! etc. Besides this, people have also noticed this individual in various commercials for KFC, Nike, Pizza Hut, Playskool, etc.

Moreover, he is also the proud owner of the Upfront Theatre, which is located in Bellingham, Washington. 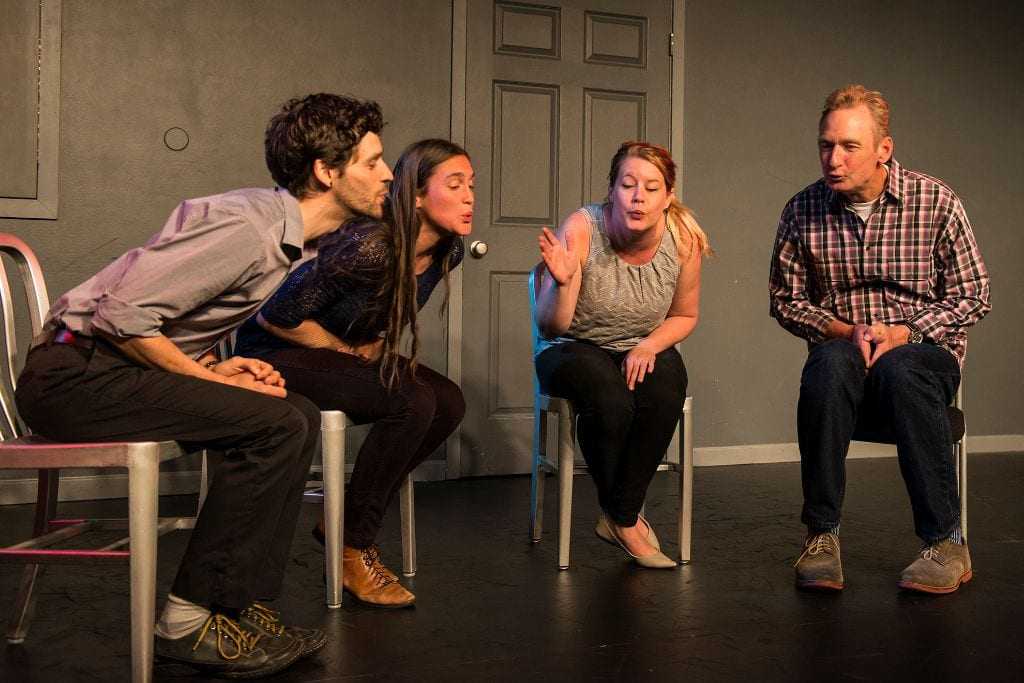 A multitalented owner of Upfront Theatre, Ryan Stiles, with his group

Truly, Ryan’s passion for his career has helped him be successful in his life. With such huge net worth figures, Ryan is living a modest lifestyle with his wife and three children.

Born as Ryan Lee Stiles, this famous tv personality was born on the 22nd of April 1959 in Seattle, Washington. As of the present moment, Stiles is 61 years old.

Though he belongs to Canadian parents Irene and Sonny Stiles, he was born in America. His mother is a homemaker, whereas his father is a Vancouver-based Canadian fish processing plant. At the age of ten, Ryan’s family moved to Vancouver, British Columbia.

There, he completed his secondary level of education. Though he was a good student during his high school, Stiles has admitted that being a high-school senior gave him too much freedom to do whatever he wanted.

Moreover, he got so carried away with his flexible schedule that at age 17, he quit school to pursue his career in stand-up comics just a few months away from graduation.

Comedy is something Ryan loved, and despite his parents’ objections, he was able to support himself in doing stand-up routines at clubs near Vancouver.

He participated in various comedy events and slowly started to gain popularity. Today, the whole world is familiar with this charming man and his notable works in the entertainment industry.