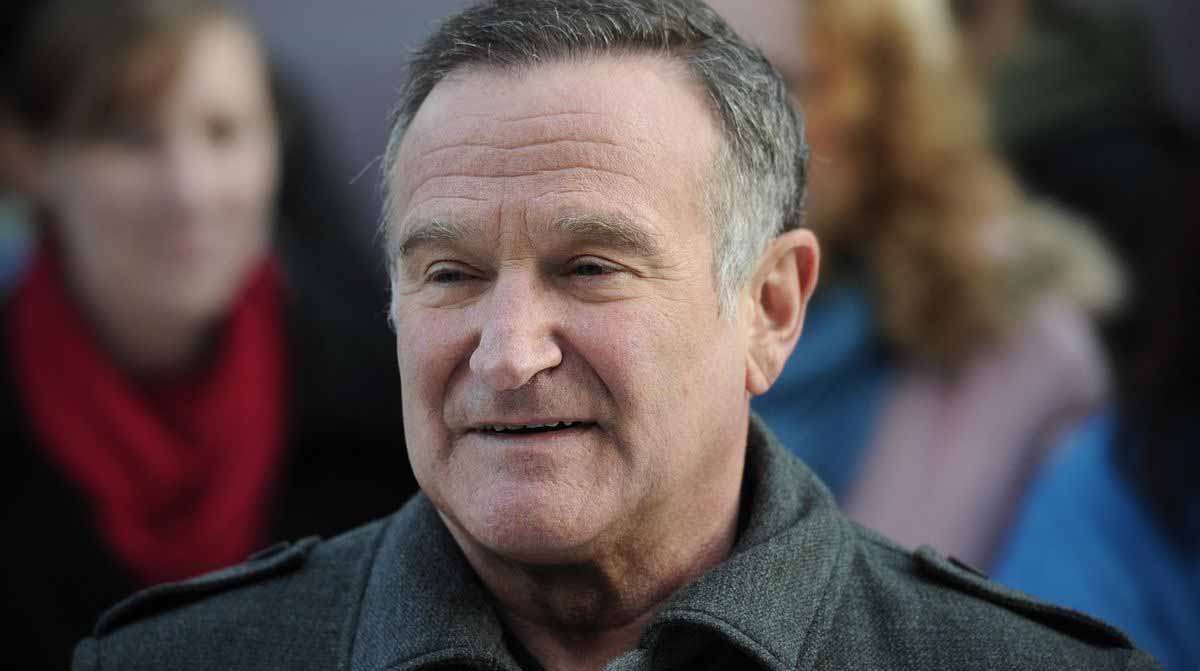 Robin Williams was an American comedian and actor. He is considered one of the greatest comedians of our time, thanks to his incredible improvisational skills. Williams also had an amazing ability to do a range of voices.

He started his career as a stand-up comedian in the mid-70s. Afterward, Robin worked in films like Mrs. Doubtfire, Jumanji, Aladdin, and Night at the Museum.

Thanks to his acting and comedic prowess, Williams received many accolades and awards. Sadly, he committed suicide by hanging on August 11th, 2014, at 63 years of age.

Learn about comedian Robin Williams’ spouses and children in our article. 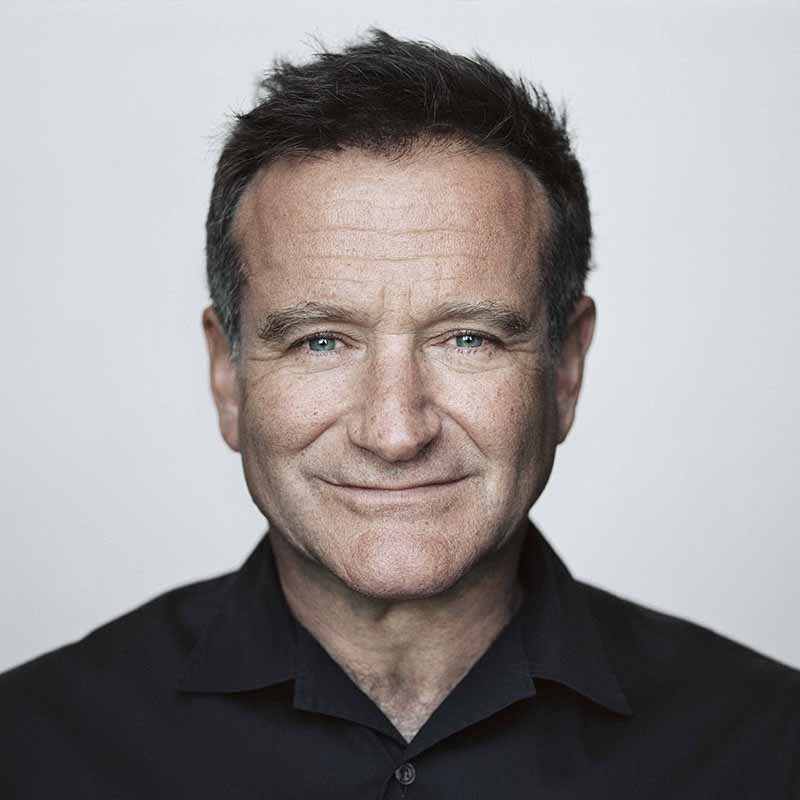 Net Worth at the time of death.

Robin Williams was one of the most respected and talented entertainers in the world. Consequently, he made a lot of money during his lifetime.

At the time of his death, Robin Williams’ estimated net worth was $100 million. He accumulated that wealth through assets, investments, and savings.

After his death, his wealth was divided among his three children thanks to the trusts he set up for them.

The kids would each get a third of their share at 21 years of age, half of the remaining at age 25, and the full amount at the age of 30.

In 1976, Robin Williams met with his would-be first wife, Valerie Velardi. At the time, Williams was working as a bartender while Valerie was a waitress.

Robin was also dabbling as a comedian at the time. Like a match made in heaven, Valerie was also interested in the comedy industry.

She gave Williams the push he needed to pursue a career in comedy in the entertainment capital of the world, Los Angeles. The love birds walked down the aisle to exchange their wedding vows in 1978.

Two years later, Valerie would help Williams land his first movie role in the 1980 film Popeye. The couple was blessed with a son, Zachary Williams, in 1983.

In 1984, the couple’s relationship started showing its cracks when Williams had an affair with Michelle Tish Carter, a waitress.

Fortunately, the couple was able to get over that hurdle. Williams didn’t learn his lesson because it didn’t take long before he had another affair with another woman.

This seems to have been the final nail on the coffin for their relationship, and it was downhill from then on. Williams and Valerie got divorced in 1988.

The couple tied the knot on April 30th, 1989. Marsha was 6 months pregnant with their first child, daughter Zelda Rae Williams when they got married.

They went on to have a second child, Cody Alan Williams, in 1991. The couple would be together for about a decade.

Garces would file for a divorce in March of 2008. The divorce was finalized in 2010 due to irreconcilable differences.

About a year later, after his divorce from Marsha Garces, Robin Williams married Susan Schneider, a graphic designer.

The two tied the knot in St. Helena, in California’s wine county, Napa. They had dated for about three years before exchanging their wedding vows.

The couple lived together in their Sea Cliff home in San Francisco until Williams passed away in August of 2014.

Susan had helped Robin battle with his disease, Lewy body dementia when they were together. 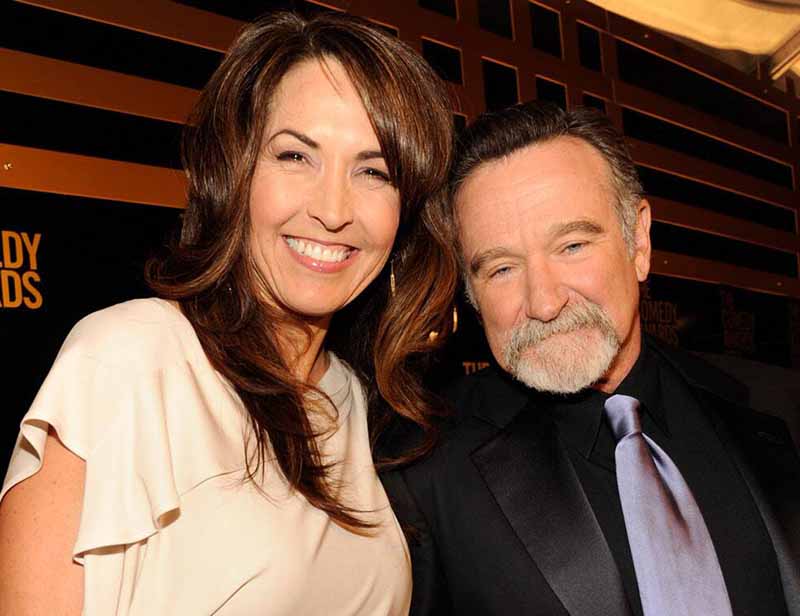 After Robin passed on, his wife Schneider would be embroiled in a legal battle over money with Robin’s three kids.

Thankfully, they were able to reach an agreement that would see her get some money to cater for her expenses for the rest of her life.

Moreover, she would get to keep the Sea Cliff house as stipulated by Williams in his will.

Zelda Williams is Robin Williams’s second child with his second wife, Marsha Graces. She was born on July 31st, 1989.

She is 31 years old in 2020 when we compiled this article. Zelda’s name was inspired by The Legend of Zelda’s video game’s character, Princess Zelda.

She followed in her father’s footsteps to become an actress. To illustrate, Zelda has been featured in shows like The Legend of Korra, Checked Out, and Teen Wolf.

Zelda was awarded a Domani Vision Award for Best Lead Actor at the New York VisionFest in 2014. 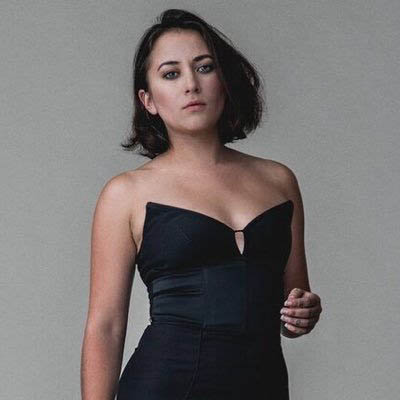 Zelda is estimated to be worth a good $20 Million. She is the proud owner of a luxurious $4.3 million mansion in Los Angeles bought in 2018.

Williams is the first-born child of Robin Williams with his first wife, Valerie Velardi. He was born on 11th April 1983 in San Francisco, California. He is 37 years old in 2021.

Williams works as a mental-health advocate and also runs a tech company.

Zak had initially thought of following his late father’s footsteps in acting. He even had a role in the 2008 film The Graduates.

However, he chose to leave the industry to focus on his passion. Moreover, Zak is the face of the mental health dietary supplement company PTY. 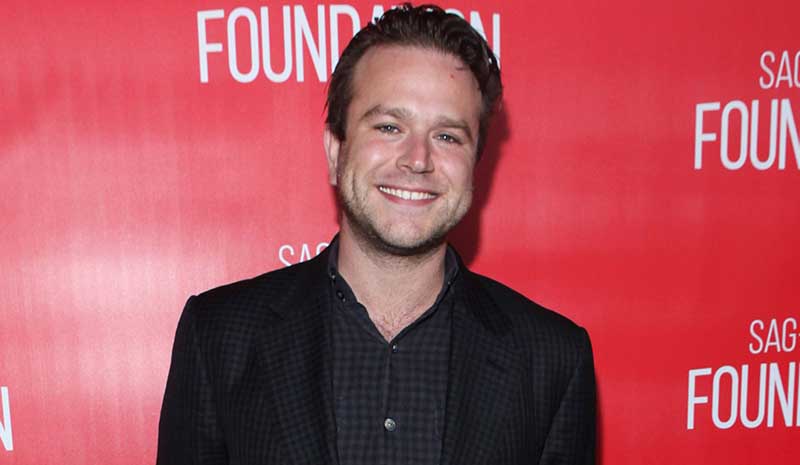 Zak is estimated to have a net worth of about $10 million thanks to his businesses and trust fund.

Williams is engaged to his lovely fiance, Olivia June. The loving couple welcomed their first child, McLaurin Clement Williams, on May 22nd, 2019.

The little adorable bundle of joy is the first grandchild of the late Robin Williams.

Cody Alan Williams is the youngest son of the late Robin Williams with his second wife, Marsha Graces.

He followed in his father’s career footsteps in the entertainment industry, working as an assistant director.

He has an impressive portfolio under his belt with movies like Spider-Man: Homecoming, Ant-Man, Guardians of the Galaxy, Rampage, Black Panther, and Captain America: Civil War. 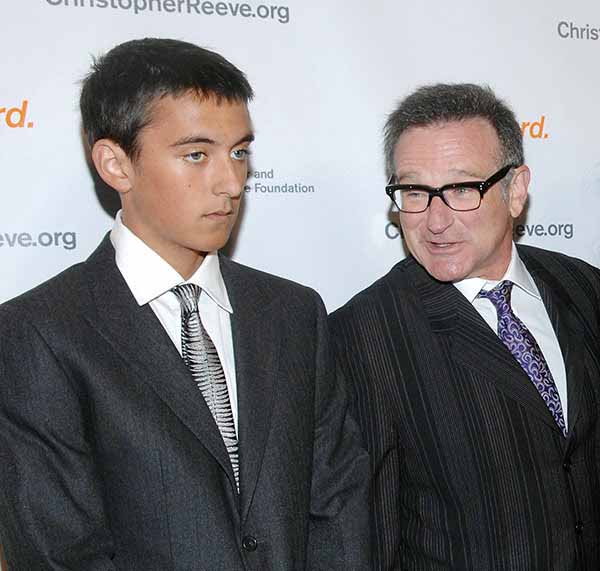 Cody is estimated to be worth about $6 million. His income comes from his earnings as an assistant director and his trust fund.

Cody got married to his lovely wife Maria on the date that would have been his father’s 68th birthday.