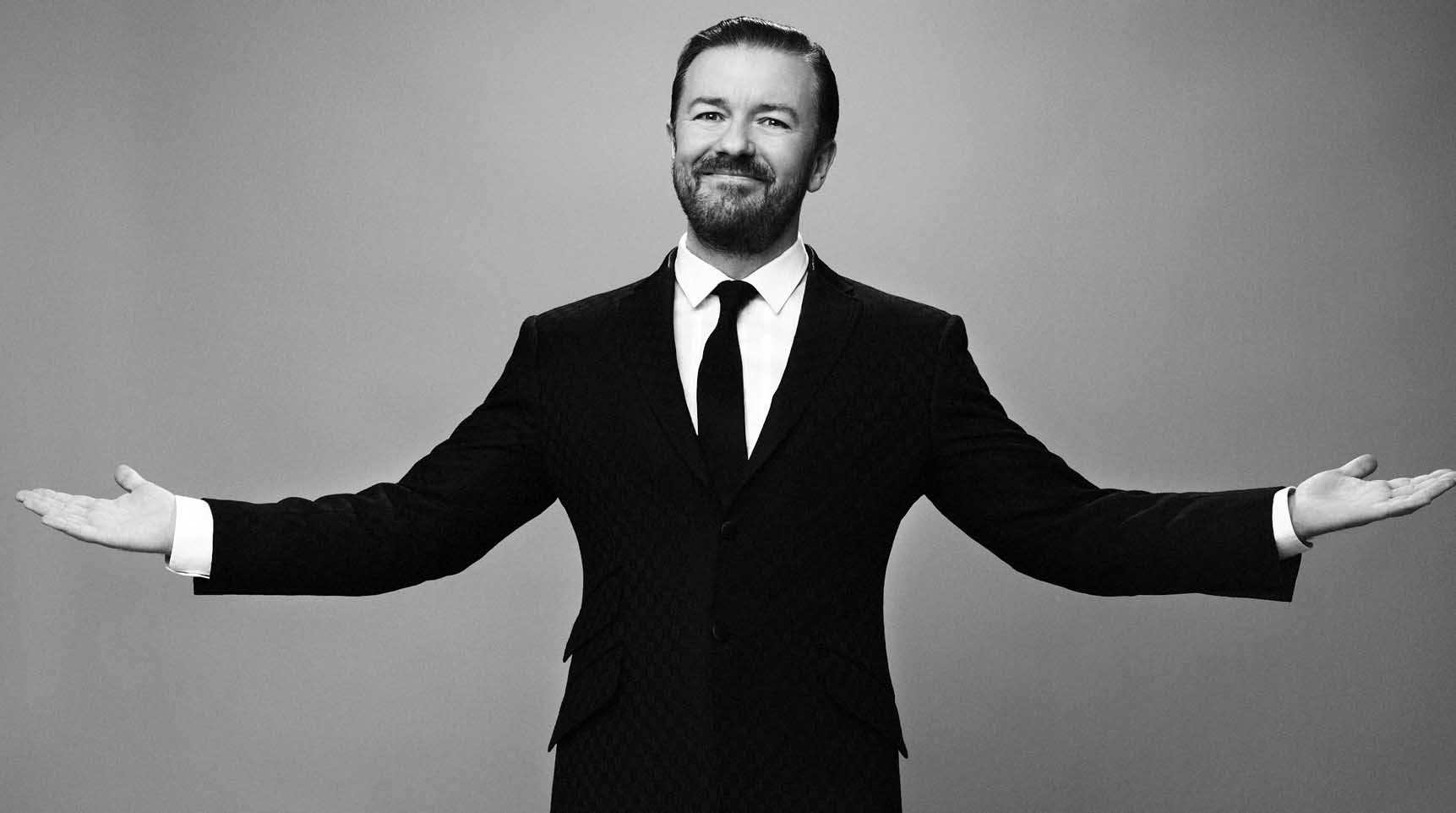 Ricky Dene Gervais is a British stand-up comedian, actor, and television producer. Over the years, he has featured on multiple TV projects such as After Life, Extras, and Derek. Check this to know comedian Ricky Dene Gervais’ net worth in 2021.

Perhaps his most notable achievement came with creating the Office, a show he both created and featured in.

Ricky can cover a variety of materials when he is on stage. These include satire, black comedy, and even observational humor. Gervais’ trophy cabinet is outstanding.

To date, he has a Golden Globe Award, five British Comedy Awards, and a remarkable seven BAFTA Awards. Read about Ricky Gervais’ net worth and finances in this article.

Who is Ricky Gervais?

Long before he got into comedy, Gervais had aspirations to become a musician. While he was still a University College London student, Ricky and his best mate started the pop musical group, Seona Dancing.

There was some notable talent amongst the duo. It came as no surprise that they were quickly brought on to London Records.

While with the studio, the group released two singles: Bitter Heart and More to Lose. Unfortunately for the pair, their music didn’t quite cut it in the UK.

By the late 90s, Ricky would make the transition from music to television. His first notable role came in the television show, the Comedy Lab. 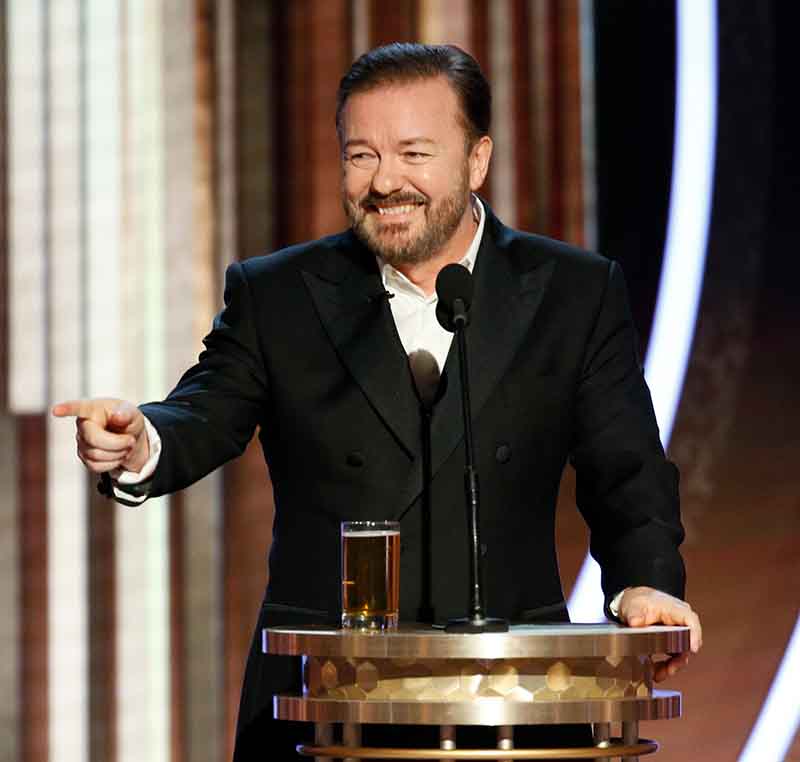 From then on, he’d appear on series like The 11 O’Clock Show, Meet Ricky Gervais, and Bruiser.

Interestingly, it was around this period that his career in stand-up comedy would gain some steam. His very first successful stint as a stand-up comic came during the Edinburgh Festival Fringe.

From then on, he’d embark on several tours around the United Kingdom.

Gradually, Gervais became one of the most popular comedians in the world. So far, he has been invited to host five different Golden Globe Awards.

Ricky proved to be more than just a comedian when he published Flanimals in 2004. This was a children’s book that gained significant critical acclaim. Gervais followed this up by releasing two more books.

Looking at his film career, sources say that he has worked in over 20 different films. These include movies like Valiant, The Muppets, The Little Prince, and Dog Eat Dog.

Ricky Gervais was born back on June 25th, 1961, in Reading, Berkshire, England. It means that presently, he is 59-years-old. From his birth date, we can also conclude that Ricky is a Cancer regarding his zodiac sign.

This is evident from his keen insight and observation skills on stage, two defining character traits of most Cancers.

Comedy is Gervais’ bread and butter. To catch any of his stand-up shows, each fan has to part with anywhere between $90 to $150.

Despite the slightly higher price range, Ricky’s shows regularly sell out, which only serves to boost his overall wealth.

Another source of income stems from one of his earliest creations, ‘The Office.’ Back in 2019, NBC bought up the exclusive rights for his show for $500 million.

Sources say that Ricky has made in excess of $100 million in syndication sales alone.

Additionally, Ricky has also made a substantial amount of money from his stand-up tours. The Humanity tour, for instance, earned Gervais a staggering $25 million.

Netflix also paid him around $15 million for an hour-long version of the same tour.

Ricky Gervais is in a long-term relationship with British TV producer and writer Jane Fallon. The two have been dating since 1982, which tells us that they have spent the last 38-years together. Remarkably, they remain unwed.

The reason for this is quite fascinating; both Ricky and Jane are atheists who do not believe in the constitution of marriage. 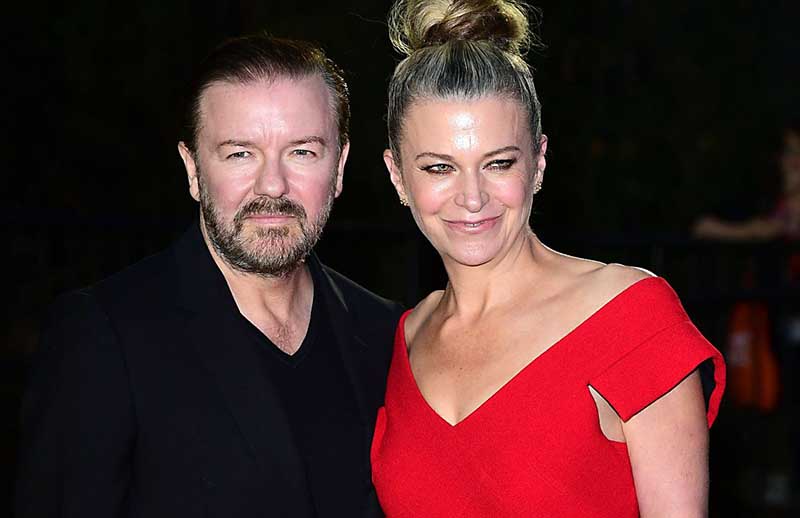 They are together simply because they want to be, and not because a piece of paper tells them to. In addition to this, the two also chose not to have any children.

Back in 2006, Ricky and his partner acquired a London property valued at $6.5 million.

After selling this property a few years later, they bought a new home valued at $16 million.

With 2.9 million followers on Instagram, Ricky Gervais is easily one of the most popular comedians on the planet.

A quick look into his profile reveals that Ricky is an animal lover, posing with his cat.

Believe it or not, Gervais is even more popular on Twitter. Presently, he has 14.5 million followers on this platform.