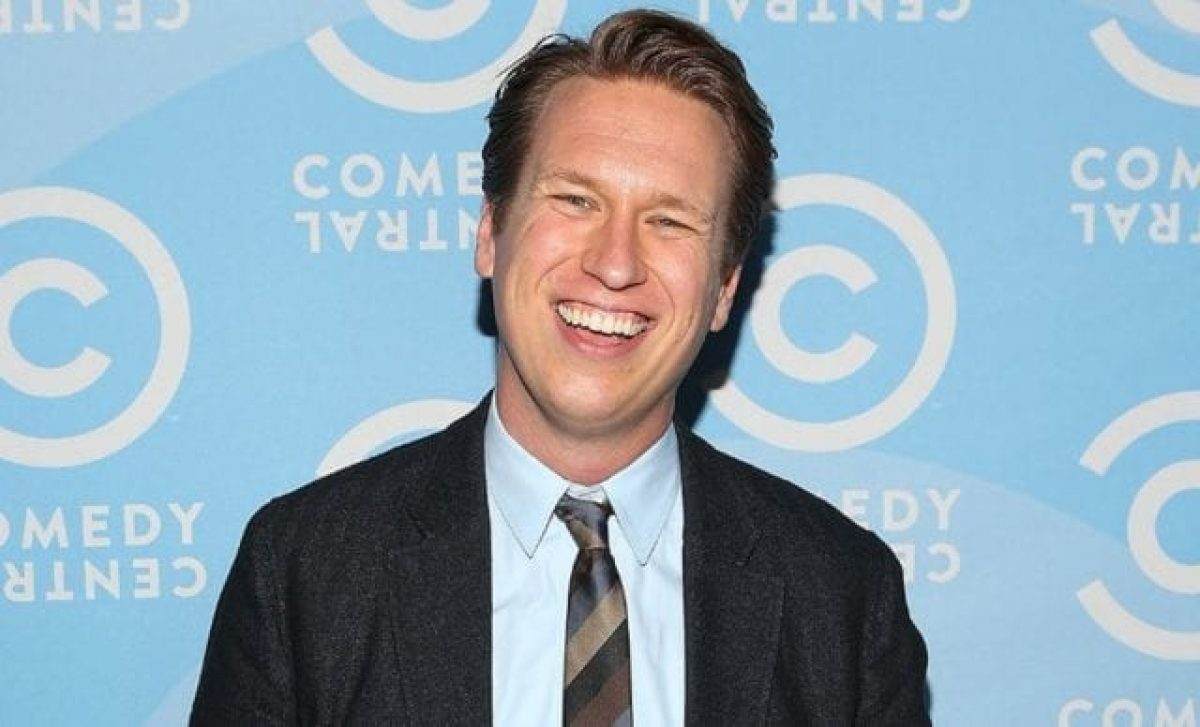 When it comes to putting smiles on people’s faces, Pete Holmes is the master of it. Whether it is his silly portray of characters such as an incompetent Batman in College Humor Originals or complete mockery of celebrities, Pete never fails to make one laugh out of their seats.

He is an American comedian, actor, screenwriter, producer, and podcaster known for his roles on sketch comedy shows, including Crashing and Don’t Think Twice.

Pete Benedict Holmes is 41 years old as of 2021, as his date of birth is the 30th of March 1979. He grew up in Lexington, Massachusetts, United States.

He was First Married to a woman named Becca.

While Pete was still developing his career, he got married at the young age of 22, the same age he began performing stand-up comedy.

He mentions that his first wife was Becca. However, the marriage could not last long as he divorced his wife at 28 years of age since his then-wife had an extra-marital affair with a man named Rocco.

This left him homeless, and he had to switch places between New York and Chicago before moving to Los Angeles.

For almost a decade, Pete stayed unmarried until he finally met the perfect woman for him in the name of Valerie Chaney.

Much of the lovebirds’ relationship history remains under wraps. But the duo is rumored to have begun their relationship in 2014, and it was a completely secret relationship.

However, in October 2015, Pete made his relationship public by posting a picture of him kissing his then-girlfriend. The pair dated for years until they decided to take their relationship further. For Pete, it was a heavy step as he has already had a bad experience with marriage. 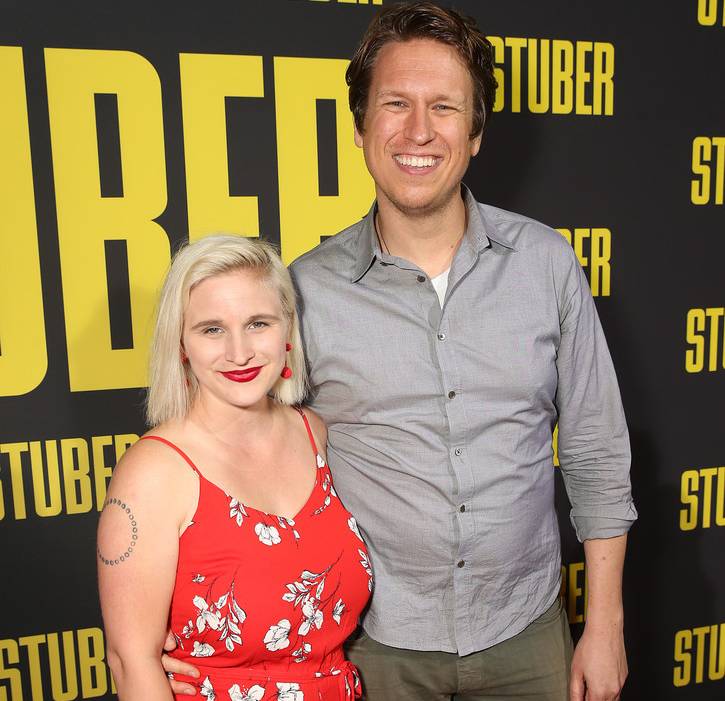 An amazing comedian, actor, and podcaster, Pete Holmes with his wife, Valerie Chaney

Nonetheless, the couple got married on the 10th of November 2017. Pete proposed to his wife during a romantic hot air balloon ride at Santa Barbara. Since their marriage, the couple has had a wonderful time together as husband and wife.

As of now, the couple lives a lavish lifestyle in Los Angeles.

Valerie Chaney came into the limelight after marrying the prolific comedian Pete Holmes. Despite being a celebrity wife, Valerie chose to stay out of the spotlight. That doesn’t mean she is entirely off the radar. Although Valerie does not make a public appearance with Pete, she constantly uploads the family’s photo on her Instagram profile.

As a result, there is not much information regarding her early life and childhood days. Some sources claim that she was born on the 28th of February 1989.

According to our research, Pete’s wife Valerie Chaney works for the organization named Real Girl.

It is a non-profit organization dedicated to inspire and guide young girls between 9 years to 16 years to discover their authentic selves and to be able to develop their skills, courage, strength, self-respect, and confidence.

Additionally, more happiness came in the way for Pete and Valerie as the couple was blessed with a beautiful baby girl named Lia Jane on the 26th of September 2018.

For Pete and his wife, this was one of the best days in their life. Pete and his fans were also happy for him as he finally got to settle in with someone.

As of 2021, Lia is 2 years old and is still a toddler. She has not joined any daycare and is under the continuous supervision of her parents. Moreover, Lia often makes her presence on her parents’ social media pages.

Surely, being a public figure, one always has to be under the media’s attention. And Pete is no exception. According to numerous media outlets, Pete Holmes has a staggering net worth of $4 million as of 2021.

Influenced by some of the big names in comedy, such as Steve Martin and Jackie Martling, Pete decided to enter this industry, and it did wonders for him.

His biggest sources of income are from his appearances on numerous sketch-comedy series as well as his podcasts. Besides that, Pete also had his own documentary series by the name Crashing, which generated a good income.

Also, his funny nature and hilarious comedy skills helped in earning a role in movies including Don’t Think Twice and Home Alone, which significantly boosted his earnings.

Lastly, he is the host of his famous podcasts; You Made It Weird with Pete Holmes and The Pete Holmes Show that had good viewers ratings.

Though there is not much information about Pete’s family, reports say that he was born to a Lithuanian refugee mother.

Nonetheless, he attended Lexington High School and Gordon College in his hometown of Massachusetts. From an early age, Pete was good at communicating. Moreover, this made him a good talker, a skill that makes a good comedian.

In college, he took his skills to a new level by majoring in English and Communications. Also, he participated in an improvisational comedy troupe known as The Sweaty-Toothed Madmen.

Slowly but surely, Pete kept working on his comical skill and began as a stand-up comedian until working in countless television shows and movies. Though he had to struggle harder ever since his premature divorce from his first wife, he quickly recovered from it.

In fact, his fate changed when he focused on his career. His hard work and dedication paid off well, making him a millionaire as of 2021.