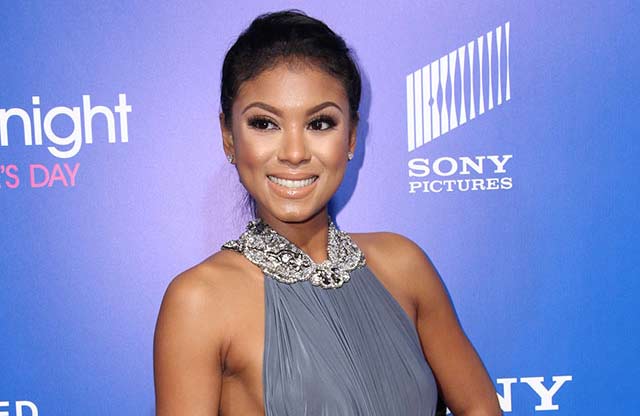 Kevin Hart is a renowned African American actor and Comedian. He has been in the entertainment industry for 16 years. Hart has brought a humorous element in several hit movies, namely ‘Think like a Man,’ ‘Little Man‘ and ‘Ride Along.’

His latest project, a Netflix documentary series, ‘Don’t F**k This Up‘ took the world by storm upon its release. This show paints a vivid picture of his current spouse, Eniko Parrish Hart.

Find out more about Kevin Hart’s stunning wife in this review.

Who is Eniko Parrish Hart?

Not much is known about Eniko’s childhood despite her being a public figure. Parrish descends from Baltimore, where she is rumored to have dropped out of high school to pursue a modeling career.

She once revealed that her parents had traces of Jamaican heritage as well as African and Chinese roots. These diverse racial elements have clearly contributed to her gorgeous physique.

Eniko stepped into the limelight when she was spotted alongside Kevin Hart in a Hollywood party in 2009. Back then, Kevin was still married to his ex-wife, Torrei Hart.

This incident led to an infidelity scandal, which neither Kevin nor Eniko addressed.

After divorcing Torrei in 2010, Kevin publicly introduced Eniko as his girlfriend the following year. Since then, Parrish’s professional career has blossomed.

Eniko markets outfits for fashion lines on her varied social media platforms. Additionally, she has notably modeled in one of the world’s most popular runway events, ‘Rip the Runway.’

The fashion and music event first made its debut in 2013 and is hosted by the famous singer Kelly Rowland. Parrish has managed to appear in several films as well.

How old is Eniko Parrish Hart?

Eniko was born on 18th August 1984, indicating that she turned 36 years old four months ago.

Her Zodiac sign is Leo, which matches her personality exquisitely. Leos are known to be zealous, passionate, and spotlight hogs.

Throughout the years, however, her career has dramatically evolved thanks to her husband, Kevin Hart. Currently, Eniko Parrish’s net worth sits at an eye-watering $120 million.

She lives a lavish lifestyle, given her own massive wealth and her husband’s. Kevin’s net worth currently stands at $200 million.

Her Relationship with Kevin Hart.

According to the Netflix documentary, ‘Don’t F**k This Up,’ Parrish and Hart met in 2009. Their relationship became public knowledge in 2011 following rumors of their affair.

Hart dropped down on one knee during Eniko’s 30th birthday in 2014, and two years later, the couple walked down the aisle. 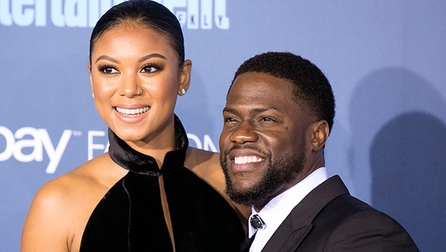 Less than a year later, however, Eniko and Kevin began experiencing turbulence in their marriage.

Apparently, Hart cheated on his wife in Las Vegas with model Montia Sabbag. It was then revealed that Kevin was being asked to cough up $10 million in return for silence. Proof of his infidelity was recorded on video.

Parrish later forgave her husband. Kevin has praised his wife on multiple occasions for her rock-solid support throughout this scandal and their marriage in general. The couple has two children; Kenzo Kash and Kaori Mai Hart.

Parrish’s career is largely based on her social media presence. She models for diverse fashion companies on her varied platforms.

Surfing her page, you will see her close relationship with her family.