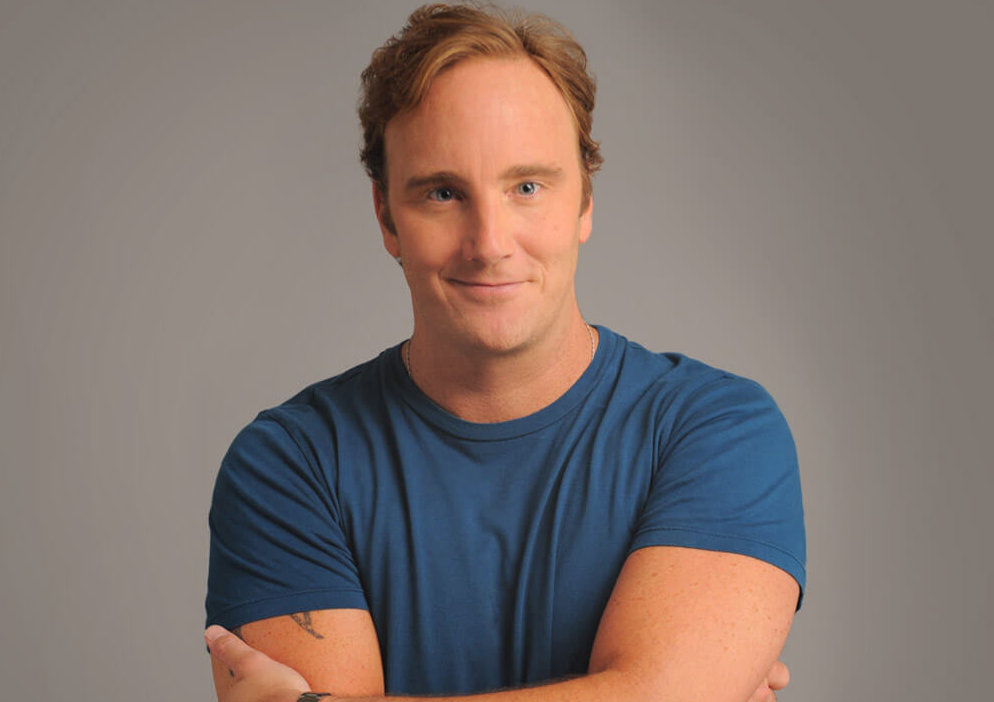 Jay Mohr is a multifaceted talent who is best known as a comedian who has featured in countless movies and tv shows. He rose to fame ever since his role as Rick Payne on a CBS series called Ghost Whisperer.

Mohr is a Scottish-descent who grew up in Verona, New Jersey. Moreover, he comes from a well-established family where his mother, Iva Jean, is a nurse, and his father, Jon Wood Mohr, is a marketing executive. Likewise, he grew up with two sisters, Julia and Virginia.

There even came times when Hollywood no longer cast him, and he was forced to work in radio and podcasts to make ends meet.

Jay Mohr has been one of the prolific actors in his generation. Throughout his career, he has garnered the love of millions of people due to his mind-blowing acting performances. Therefore, there is no doubt that the fans want to know how much fortune Jay has made so far.

According to various reliable reports, Jay Mohr has an estimated net worth of $6 million as of 2021. The 50-year-old has amassed such a huge figure due to his outstanding career as an actor, tv and radio host, and podcast.

As much success as Jay Mohr has achieved in his life, he has not achieved an equally successful married life. In fact, he has married twice in his life and has failed in both.

His first marriage was with Nicole Chamberlain. There isn’t much information about Jay’s first wife. However, we know that the couple tied the knot in 1998. Unfortunately, their romantic relationship lasted for only 6 years. The once lovely couple separated in 2004.

Although the real reason for Jay and his first wife Nicole Chamberlain’s divorce has not been revealed, it is speculated that the couple had irreconcilable differences.

Also, Jay had a son with Nicole. His name is Jackson Mohr.

Marriage and Divorce from Nikki Cox.

Who is Nikki Cox?

Nikki Cox is a very popular television personality. Her roles in reality series such as Unhappily Ever After, Las Vegas, The Norm Show, and Nikki has established her as one of the finest female actress/comedians in Hollywood.

Her full name is Nicole Avery Cox, and she comes from Los Angeles, California. Likewise, she was born on June 2, 1978, to her parents, Meredith Avery Cox and Terry Kay Cox.

It was only a matter of time that Nikki and Jay met. Both of them were into the television production line and loved doing comedy.

These love birds met for the first time on the set of Las Vegas. Soon, they became fond of one another and started dating for a couple of months.

Eventually, the pair tied the knot on the 29th of December, 2006, in Nikki’s hometown of Los Angeles. The two were so in love with one another that in December 2008, Jay Mohr petitioned the court to allow him to legally add Nikki’s surname to his, officially changing his name to Jon Ferguson Cox Mohr.

Their proof of love was their son, Meredith, who was born in 2011. However, he is in full custody of Jay Mohr ever since their divorce. 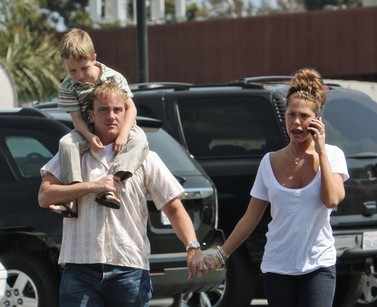 An actor and comedian, Jay Mohr with his son, Meredith, and ex-wife, Nikki Cox

This beloved couple’s marriage came to a bitter end when Jay filed for a second divorce against Nikki. The reason for their divorce is Nikki’s unstable mental health and drug issues.

We know that Nikki is a drug addict who is coping with depression. This affected her mental health so much that she could not care for her son at all.

Jay mentions that his wife was so careless at parenting. For instance, she would keep the oven open while she slept and once overdosed their son, Meredith, that he had to vomit in the middle of the night.

Jay did not want to raise his child in such a toxic relationship. Hence, in August 2018, Mohr confirmed that he and Cox were officially divorcing.

Although Jay still loves Nikki, they cannot stay together anymore.