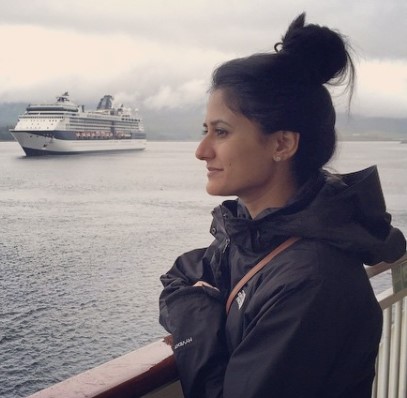 While everyone knows of Hasan Minhaj, people have also generated their interest in knowing his sibling. Hasan has a sister named Ayesha Minhaj who rose to prominence due to her association with her elder brother. She is a Muslim by religion and belongs to an Indian family.

Although Ayesha is a private person who does not share many details in public, we have collected some of the information regarding her early days and professional life.

As of the present moment, Ayesha is 31 years old. Likewise, she was born somewhere in 1989. Before conceiving her, Ayesha’s mother was in India to complete her medical school.

In Aligarh, Uttar Pradesh, her mother gave birth to her. At the time, Ayesha’s brother did not know he had a sister until his mother and sister returned permanently from India.

Just like her brother, Ayesha was also interested in politics. Hence, right after high school, Ayesha attended the University of California to obtain a Bachelor’s degree in Political Science.

Further, she continued her education at the University of Pennsylvania Law School to obtain her Juris Doctorate in 2015.

Ayesha Minhaj is a successful attorney to this day. As per her LinkedIn profile, she works particularly in the San Francisco Bay area. But before she found success, she had to go through her initial days of struggle.

Initially, she began as a news associate for NBC News at its Bay Area station. After a year, she returned to school to graduate with a Juris Doctorate. D

uring the year, she completed an internship at NBC Universal Media LLC and served as a legal intern at General Counsel’s Office in the Greater Los Angeles area.

She showed a promising career in this field. Hence, top law firms like Skadden, Arps, Slate, Meagher & Flom LLP, and Affiliates hired her in 2014. There she served for four months.

Following the year working with Skadden, Arps, Slate, Meagher & Flom LLP, and Affiliates, Ayesha had already built a strong reputation among her colleagues. She was later promoted to Litigation Associate in September 2015. Her position in the company has added significantly to her wealth and also increased her popularity.

Though she has made a name for herself as an attorney, she is also publicly known for being the sister of Hasan Minhaj. Because of the same reason, fans have long been waiting to know just how much fortune has the sister of  Peabody Awards winner made.

As much as the fans want to know the personal life of this 31-year-old, she has successfully kept the media in the dark. To this date, there has not been any information regarding the love life of Hasan’s sister. Perhaps she is willingly hiding it from us.

Regardless, we know for a fact that Ayesha is married to her husband. Hasan tweeted a picture of him and his family attending Ayesha’s wedding ceremony in the October of 2020. 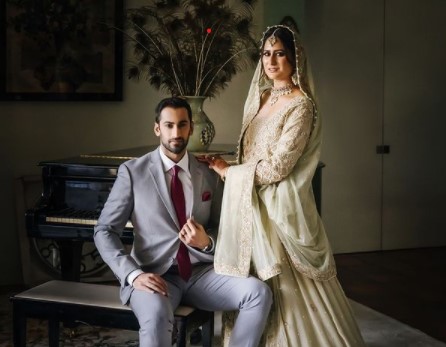 A successful attorney, Ayesha Minhaj with her husband at her wedding

Ayesha is present on her Instagram where she has a fan following of well over 5K followers. Whereas, her brother has 1.5 million followers on Instagram.