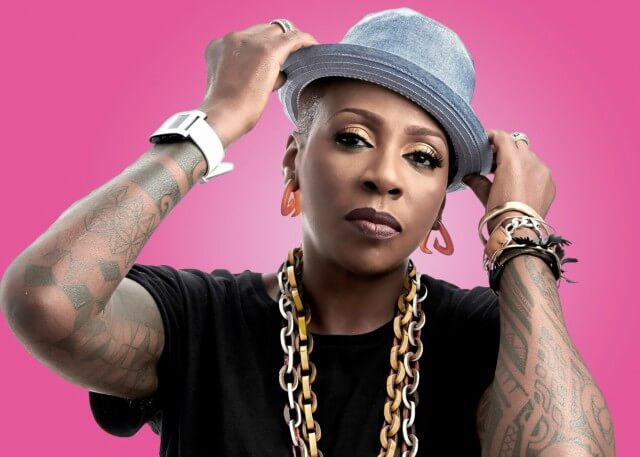 Gina Yashere is a 46-year-old American-based British comedian, producer, and writer. She is famous for the stand-up comedy specials which have aired on Netflix.

Additionally, Gina has also appeared on several television shows across both England and America.

His comedy career stretches back to 1996 when he first started enthralling crowds with his unique brand of humor.

This article will focus on the fine details on specific areas about her career and personal life, including net worth, sexuality, and net worth.

Gina is openly gay. She is presently involved in a relationship with Nina Rose Fischer. Nina, or Ninja, as Gina affectionately refers to her, is a professor who works in New York City.

Like the rest of the world, Nina and her partner, Gina, were forced to contend with the realities of the COVID 19 Pandemic.

They, however, made the best out of a hard situation by moving in and quarantining together. In an interview, Gina revealed that they were doing their best to stay healthy and follow all of the regulations.

In an effort to cheer people up, the two even started an Instagram series they dubbed ‘The Corona Diaries.’ Nina and Gina committed to making videos that would make people laugh every day.

At the moment, Nina teaches criminal justice at John Jay University. When she is not teaching, Nina is also involved in community outreach programs.

She is committed to helping the youth, particularly those in minorities and from underprivileged communities.

Nina uses two decades worth of experience in therapy, development communication, and research in order to help underprivileged children maximize their potential.

Through hard work and sheer determination, Nina has helped bring up about change across low-income schools, and even detention centers.

This shows that she is not afraid to help teenagers who have been labeled as delinquents. Moreover, Fischer is also credited with engineering a curriculum that would help troubled kids deal with self-harm and other psychological issues.

Nina’s curriculum also provided all the tools the department of health would require to conduct effective assessments of troubled kids.

Nina’s work with troubled children has not gone without merit. In 2020, she was recognized with an award for distinguished service during the International Drug Policy Reform Conference.

Gina first started working as an engineer and lift maintenance technician. We can argue that she chose this line of career due to her manly physique.

In 1996, she made a swift turn and started her comedy career, making her major appearance in ‘Blouse and Skirt’ show on the BBC, featuring 21 episodes up to 2000.

Over the years, she has been featured in many shows and films, including and not limited to “Mock the Week,” “Live at the Apollo” and “Bromwell High.” Since 2017, she has been a commentator at Trevor Noah’s “The Daily Show.”

In America, she runs her show, “Bob Hearts Abishola,” which premiered in September 2019 on the CBS channel.

Gina has overcome two major life-changing illnesses. In 2005, she was diagnosed with lupus, an inflammatory infection. The complex treatment process that lasted for six months leads to significant weight loss.

Impressed with the result, she adapted to the lighter mode, which seems to be a blessing in disguise. In 2014, she was infected by a ‘weird infection’ that affected her skin and wounded her scalp, causing her to lose all her hair.

This affected her psychologically and even her career since she had to work backstage. After treatment, she resolved to keep her short. However, sometimes she has her wig on.

This is one of the least known mysteries about Gina. Being born by Nigerian parents who lived in England is a piece of public knowledge.

After much digging, we have come to the knowledge of her having siblings. Gina grew up alongside two other siblings, a younger brother, Dele, and her elder sister Taiwo.

However, there is another child named Edwin, who is much less known, maybe a relative. Dele and Gina are still good friends; on his wedding day, she wore a velvet suit with a diamond crucifix, just for her brother’s big day. The rest of her family are still living in London.

Yashere is a black woman. Both of her parents are of African origin, Nigerian immigrants who moved and settled in Europe.

Born and raised in England, where she also grew up, got educated, and started her career, she moved to the USA and settled. On issues of racism, Gina has had her share of racial abuse, this comes as no surprise.

Recently, she celebrated the Democrats’ victory in the US election with a quote, ‘Black Votes Saved US.’ We expect her to make more radical statements when she finally becomes an American citizen and able to cast her vote.

As of 2021, the latest estimates of her net worth stand at 2 million USD. Reliable sources reveal that she charges between twenty to thirty thousand dollars per episode for TV series.

In comparison, her annual earnings from TV shows are between seventy thousand to two hundred thousand dollars. Sometimes in 2020, she bought a house in North Hollywood for an unknown amount.

Together with other property like cars, the famous comedian has more than enough to live a lavish life.

About her income sources, well, Gina has not invested in Bitcoins. With the rich talent in comedy, which has been nurtured in years in both Europe and American, and the good network she has created to date, Gina does not have to gamble.

The hard work she has put in her career has yielded enough income for her and her family for many years to come.

Being a celebrity, Gina has verified accounts across all three major social media platforms. On Twitter, she 30.2K followers, while on Instagram, she has 115K.

In terms of numbers, Facebook takes the lead where she enjoys a good following of close to 200K people. Most of her posts are work-related. However, her Instagram timeline has several clips of her and her partner dancing.

Together with her partner, Gina has adopted a cute Australian puppy named Kemi. Cherished by both of her parents, Kemi has an Instagram account with over 2K followers. Check out @lilkemthedog to see her adorable pictures.

Gina was born on the 6th April 1974 in Bethnal Green, London. After realizing that her full name proved hard for many to pronounce, she settled on Yashere, a modification of her surname.