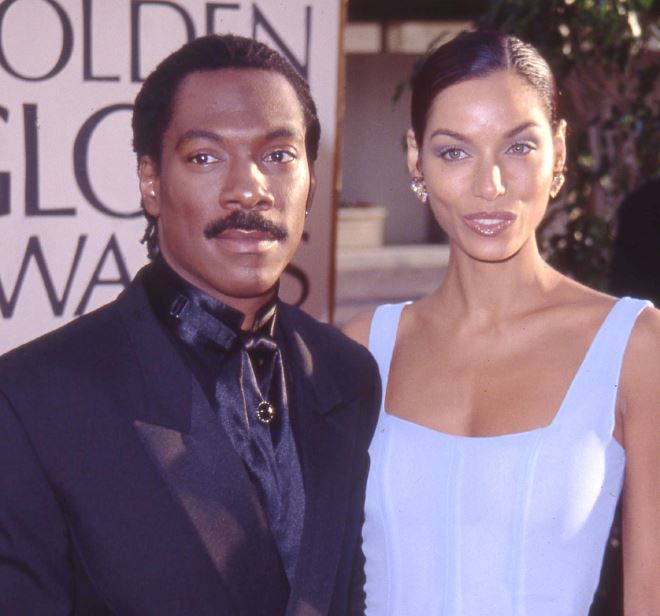 Nicole Mitchell is a retired American model, businesswoman, producer, and reality star. She is best known for being the ex-wife of Eddie Murphy, a famous actor, and comedian.

The two were married from 1993 to 2006. Nicole has a knack for business as she has a jewelry line by the name FIP Jewelry Design.

Moreover, she is an executive producer and a cast member of the reality show Hollywood Exes. Nicole had a successful career modeling for agencies like the Paris-based Glamour Models and Ford Modeling Agency in her heyday.

Check out her bio in our insightful article.

Nicole Michelle is the proud mother of five children from her marriage with movie star Eddie Murphy. Her children’s names are Zola, Bria, Bella, Myles, and Shayne.

Mitchell and Eddie Murphy started dating around 1988. The couple quickly moved in together even before officially getting married.

After two years of playing house, they walked down the aisle on March 18th, 1993. The lovely ceremony was held at Plaza Hotel’s Grand Ballroom in the Big Apple.

Unfortunately, theirs turned out not to be a happily-ever-after situation as Nicole filed for divorce due to ‘irreconcilable differences.’ Their divorce was finalized on 17th April 2006.

Nicole Mitchell found love again in 2007 when she met former NFL player Michael Strahan. The couple dated for seven years until 2014, when they called off their 5-year engagement.

Nicole Michelle is estimated to have a net worth of about $12 million. Her income mostly comes from working on television as a reality star and running a jewelry business.

When the 52-year old reality star divorced her then-husband, Eddie Murphy, she received $15 million as part of her divorce settlement.

Being the shrewd businesswoman she is, she invested the money in a business that she ran with her then-friend Troy Stratos.

Unbeknownst to her, Troy was laundering money from the business, which saw Nicole lose $7 million.

Fortunately, she was able to get back on her feet and is now a multi-millionaire again, thanks to her work as a producer and a jewelry designer.

Nicole was an early bloomer when it came to career development. To illustrate, she started modeling at the young age of 13.

Thanks to great genes and a great work ethic, she got signed to the Ford Modelling Agency.

Moreover, she won an international competition, which further proved her worth as a model.

Mitchell would then head east to the fashion capital Paris where she modeled for the Glamour Models agency. In no time, she was setting fashion runways on fire rocking designs from houses like Chanel, Yves St. Laurent, Valentino, and Ungaro.

Her passion for fashion saw her start a jewelry design business, which she named FLP Jewelry Design. The FLP initials stand for Friendship, Love, and Peace.

Currently, Mitchell juggles her jewelry business with being an executive producer for the VH1 reality show Hollywood Exes. Moreover, she is also part of the show’s cast.

Nicole Mitchell Wiki, Net Worth, and other Facts.