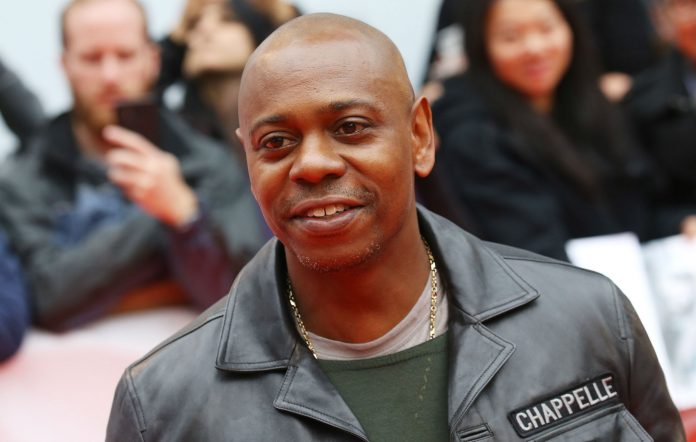 David Khari Webber Chappelle is a 47-year old actor, stand-up comedian, and author. He was born on the 24th of August 1974 in Washington D.C. Dave Chappels’ net worth is $50 Million. Read below to know his income sources.

Chappelle is known for his ability to weave comedy by using various subject matter; such as Pop Culture, American politics, sexuality, observational humor, and drugs. Chappelle’s popularity paved the way for multiple appearances on television.

Dave has appeared on multiple comedy specials like Sticks & Stones and Killin’ Them Softly. Movie-wise, he appears in films such as A Star is Born, Half-Baked, and The Nutty Professor.

Who is Dave Chappelle?

Dave Chappelle is a comedian who first gained prominence after starring on an episode of America’s Funniest People in the 90s. He would later move to the big apple in order to further his career.

It wasn’t all smooth sailing as Chappelle was occasionally booed off the stage on several amateur nights. By 2003 however, his fortunes had shifted as the Chappelle Show premiered on Comedy Central.

Dave’s film debut wouldn’t come until 1993 when he was hired to appear on Robin Hood: Men in Tights. In the mid-2000s, he began focussing on his stand-up comedy acts.

He did not make a television comeback until around 2016 when he signed on with Netflix.

Chappelle’s bread and butter is a comedy. Tickets to his stand-up comedy show are not easy to come by. Fans have to part with around $250 for normal tickets. If they want Orchestra tickets, they’d have to pay as much as $400 for this privilege.

Being the main draw, Dave gets a decent percentage from ticket sales. At the height of his career with Comedy Central, Chappelle was reportedly on an annual wage of $50 million a year for his work on the Dave Chappelle Show.

By 2016, he had moved on to greener pastures by signing a lucrative deal with Netflix.

Sources say that the network pays him $20 million for every special he releases on their platform. This is the most lucrative deal that Netflix has ever signed any comedian on.

So far, he has released 5 specials on Netflix, which suggests that he has made a total of $100 million from working with the network. As of early 2021, Dave Chappelle’s net worth is $50 million.