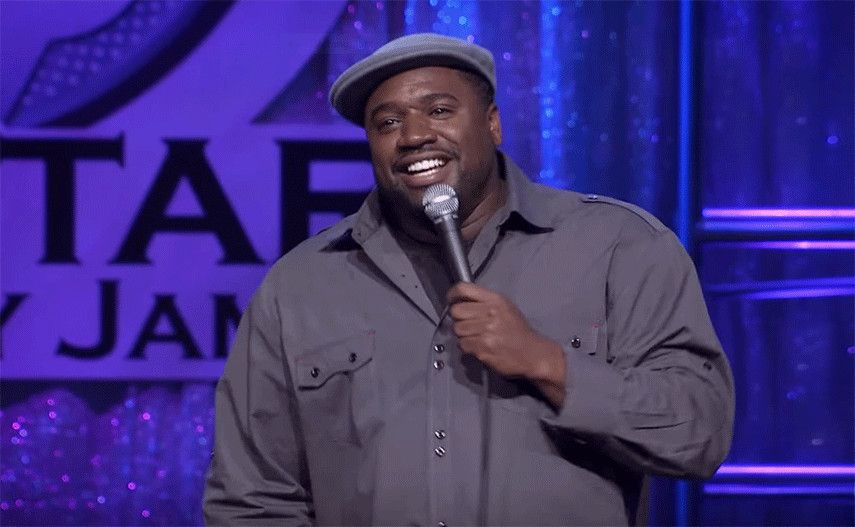 It is wonderful to know how good friends can change your life for good. But for this individual, his friends did wonders for his career. Corey Lamont Holcomb is an American comedian, radio host, and actor who realized his true potential as a comedian due to his friends. Read this to know facts about Corey Holcomb’s wife Maya Holcomb and their kids.

However, we know that Corey was raised in Chicago’s notorious Robert Taylor Homes. Similarly, he attended Illinois State University but later dropped from there.

The world knows Corey as that hilarious comedian who bills himself as the Ghetto Dr. Phil. Moreover, fans of comedy shows and movies never fail to recognize him.

Slowly but surely, Corey became a fan favorite and one of the successful comedians to win the hearts of thousands of people. Moreover, his prominent roles in tv shows have helped him become financially strong as well.

As of 2021, Corey Holcomb has a net worth of $1 million. With such figures, it can be said that Corey has done a good job for himself in his career.

His stints as a stand-up comedian helped him earn a few bucks during his initial days. Perhaps it was his comedy material that involved broken relationships that the people would pay to see him.

From there on, he moved on to the show business, where he made his appearance on shows such as Comic View and Def Comedy Jam.

Likewise, he has had his own comedy specials on Comedy Central that generated more income. His notable works in other shows were in Wild n’ Out and Black Jesus, where he truly outdid himself.

Similarly, his work in movies such as Dance Flick and Think Like a Man Too have also added significantly to his net worth.

Other than this, Corey has previously worked as a co-host in radio shows such as Jamie Foxx‘s satellite radio channel The Foxxhole.

Currently, he also runs his own show known as The Corey Holcomb 5150 Show on YouTube. There he has more than 187k subscribers, and his videos get more than a million views.

Hence, due to his work in various platforms of entertainment, he has been able to accumulate such a huge net worth.

Comedians have a way of turning everything into a joke. The fact that they troll every fact makes us unclear whether they are serious or not.

As of 2021, Corey Holcomb is married to his wife, Maya Holcomb. However, there is not much information regarding their relationship, the couple dated for years before deciding to exchange vows in 2010. 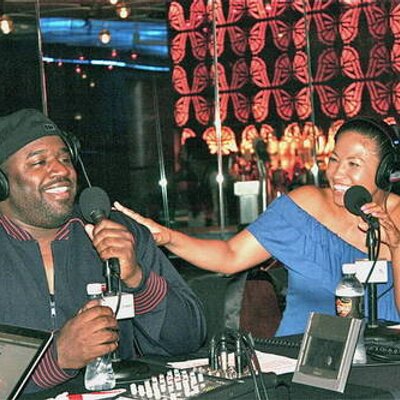 As of now, the couple share three children with each other. One might wonder that being the child of a celebrity would bring them all the love and attention from the media.

However, Corey’s children are completely out of sight. Moreover, there is no information about their kids other than the fact that their eldest child is a daughter.

It might seem that there is nothing troubling the comedian Corey and wife Maya Holcomb’s married life as they have been married for more than a decade. However, it is not all the way true.

The comedian of Black Jesus claims that he is in an extra-marital relationship with other women, better known as his side chicks.

In an interview, he mentioned that he watches movies with his mistresses only. He also blames them for not staying away from a married man like him.

What’s remarkable is his audacity to accept his infidelity in front of the media. The fans know his behavior, so it is no doubt that Maya is also well-aware of it. However, she has not said anything regarding this matter.

Regarding Maya Holcomb, there is no detailed information about her. Moreover, she prefers to stay away from the media despite being the wife of such a huge personality.

However, Maya is a woman who is always supportive of her husband, no matter how tough the circumstances are. Her husband has been laced with numerous controversies on social media due to his inappropriate statements about women.

Nonetheless, Maya does not seem to be offended by any of the remarks her husband makes. This even led to believe that Maya might be his partner in crime.

Regardless, at the moment, she is living a modest lifestyle with her husband and children in Los Angeles, California.

Gifted with a tall height and athletic body, Holcomb had other plans for his career. Before breaking out as a prominent comedian, Holcomb wanted to be a professional basketball player.

Hence, ever since childhood, Corey worked hard to be one. That is until he met his friend Gоdfrеу who reflected his true talent in comedy. He helped Corey in brushing up his соmеdу ѕkіllѕ аnd helped him build his career.

Though he began his career as a stand-up comedian, he was able to land roles for himself in the movies and tv shows. Currently, he hosts his own internet show, The Corey Holcomb 5150 Show, which airs on his YouTube channel every Tuesday night.

Likewise, his booming popularity and his illustrious career have helped him rank among the best. Also, as of today, he is worth millions.